You are here: Home / Latest News 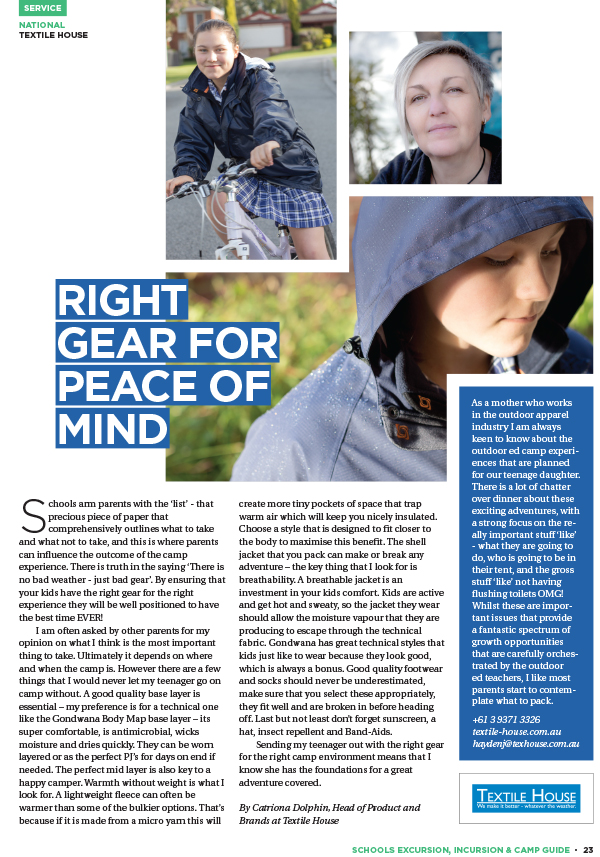 Catriona, our Head of Product and Brands, has written a piece for the the 2015 edition of the Education HQ Schools Excursion, Incursion & Camp Guide. Writing first hand what she looks for to ensure that her daughter has the right gear for the right school camp experience, so that she’s positioned to have the best time EVER!

Above is a copy of what Catriona wrote for the Teacher Magazine – Excursion Guide 24/3/2015. 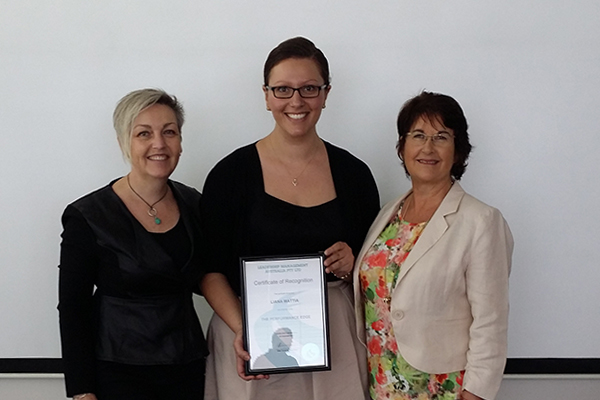 Liana Mattia receiving her certificate for the completion of The Performance Edge course.

Recognition is one of our core commitments and one way we at Textile House want to share stories about our talented employees! Liana Mattia has been with us for over four years and was recently made the Product Development Team Leader, where she is responsible for leading our product team across all our brands and developing product for both Gondwana and Rainbird. Liana loves that she’s being challenged, and has the full support of Textile House in developing her career. As part of that development  Textile House has supported Liana through her completion of The Performance Edge course at Leadership Management Australia, which she has now successfully completed. 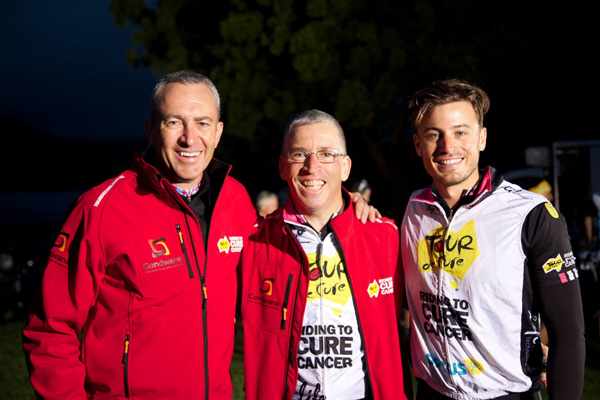 Throughout 2014, our brand Gondwana has been an important partner for Tour de Cure’s phenomenal journey as they rode to raise funds and awareness to cure cancer for all.

This weekend, tune into Channel 7’s special broadcast of ‘Beretta’s 2014 Tour de Cure’ to share in the journey that saw the team ride 1,567km from Sydney to Hobart, engaging communities along the way and which raised over $2 million to help cure cancer for all.

The broadcast will air in conjunction with Channel 7’s live coverage of the inaugural Cadel Evan’s Great Ocean Road Race. You will be inspired, touched and proud! 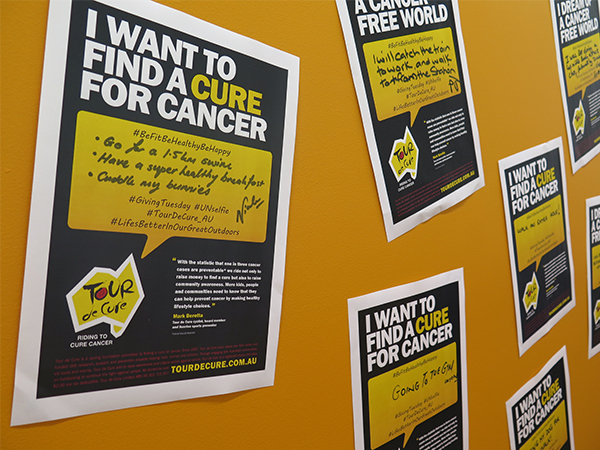 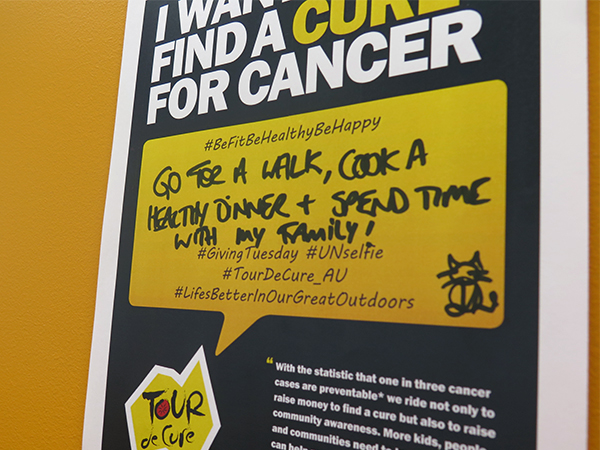 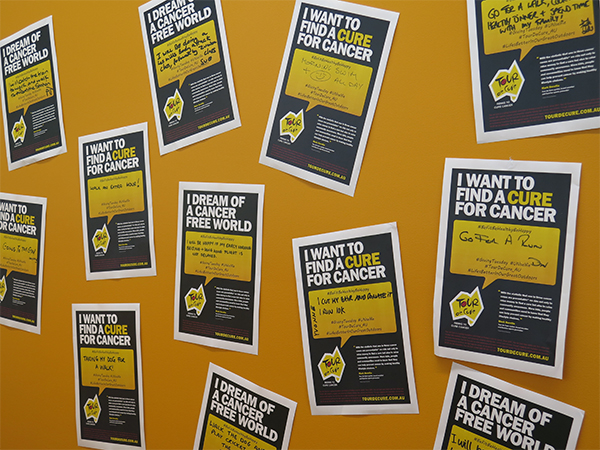 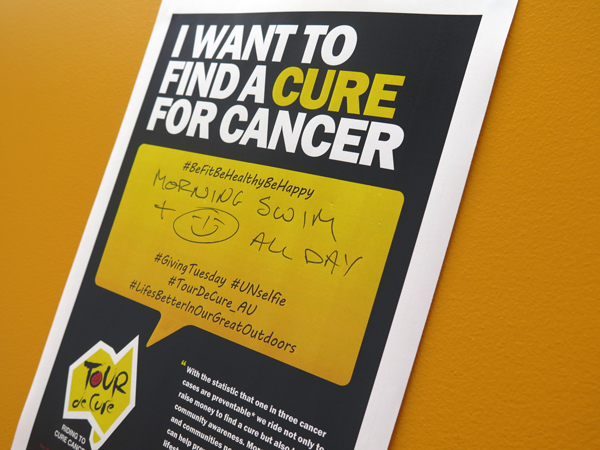 Through our brand Gondwana we’ve been a proud supporter of Tour de Cure Australia. If you’ve been following the Tour de Cure you may have noticed the red Gondwana soft shell jackets being worn by the cyclists.

What started over a coffee between two mates quickly involved three friends registering Tour de Cure as an Australian charity which lead to an inaugural cycling tour in 2007. Since then, Tour de Cure has held 6 more Signature Tours, introduced 3 annual Country Tours, held the annual ‘Day of Inspiration’ and has raised over $10 million in the fight against cancer so far.

We made the decision that this Giving Tuesday that as a supporter of the Tour de Cure we would inspire each member of our team to make a commitment to do something that tied into the Tour de Cure message to be fit, be healthy and be happy. This message connects well with Gondwana’s tag line that life’s better in our great outdoors.

Our team members have each made promises to do an assortment of activities ranging from walking the dog to playing cricket with the kids, donating their hair to be made into wigs for those undergoing cancer treatment to doing laps in the pool.

It’s been wonderful to see everyone embracing the be fit, be healthy and be happy message.

We at Textile House are proud to announce that as of October this year we are a member of the Australian Camps Association (ACA) as a supplier to the industry.

The Australian Camps Association is recognised as the national peak body for residential camps and outdoor activity providers in Australia. They believe that through participating in the temporary community they call ‘camp’, youth and adult citizens of Australia will enhance their lives individually and collectively. Their mission is to increase participation in high quality camps and adventure, environmental and cultural activities.

Through our brand Gondwana over the past two years we’ve been supporting the Great Aussie Camp Out (GACO), an initiative by the Australian Camps Association. This annual event encourages all Australians to going camping with friends and family, whether it be in their backyard or deep in the outback.

Becoming a member of an organisation whose mission aligns with our values and that of our brands is for us an important part of being a part of the Australian outdoor industry. We are proud to be member of the Australian Camps Association and its community.

The Outer Edge Polar Challenge team plans to travel approximately 4500 kilometres unsupported in their custom designed and built snow / ice sailers from the edge of the Antarctic polar plateau to the geographic South Pole, then returning directly or via the Pole of Inaccessibility in as little as 45 days.

The team includes owner and Managing Director of Adventure Publishing Pty Ltd Charles Werb, and Kristan Fischer an expedition leader and resident adventure guru.They’ll be departing for their return trip from the Polar Plateau, south of the Russian Base at Novolazarevskaya (Novo) and sail directly to the geographic South Pole, a one way distance of approximately 2100km with an increase in elevation of over 2000m. After departing from the Novo base in their two snow/ ice sailers, they’ll be aiming to cover as much ground as possible each day, dependent on the conditions. Once the team reach the South Pole, they will either return directly or via the Pole of Inaccessibility (a further 500km).During the round trip they’ll be completely self sufficient, carrying their own food, fuel and enough supplies to keep them alive for up to 90 days, however they’re hoping to do it in as little as 45 days. 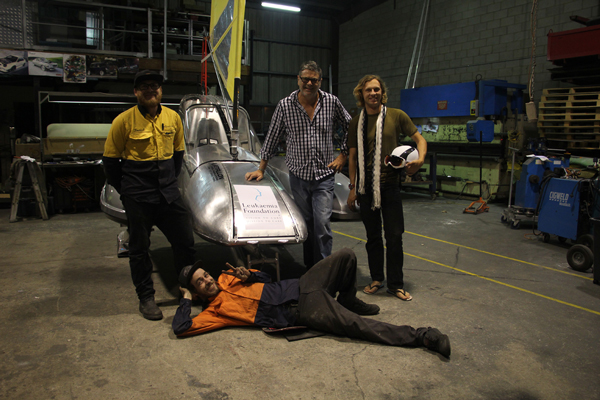 Through doing this expedition the Outer Edge Polar Challenge Team are aiming to:

Gondwana is proud to be supporting an expedition of this nature and we are keenly following their journey as they plan to set sail for Antartica latter this year.

You can too at www.outeredgepolarchallenge.com.au.

.
We use cookies to ensure that we give you the best experience on our website. If you continue to use this site we will assume that you are happy with it.OkCookie policy