Blog - Latest News
You are here: Home / Latest News / How did our Running Rainbirds run in the World Run? 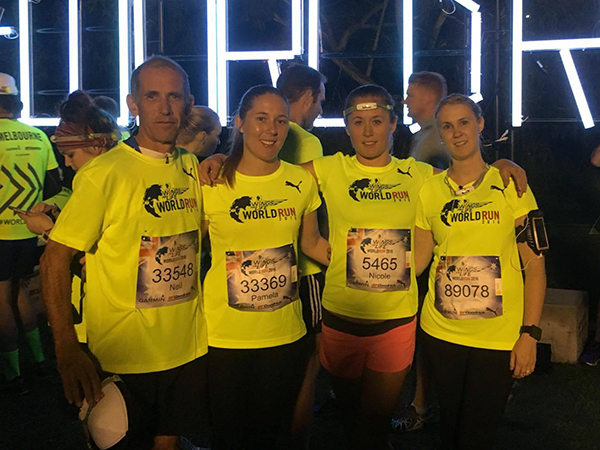 On Sunday a team of 7 Running Rainbirds took part in the Wings for Life World Run in Melbourne. They were some of the 130,732 registered participants in 34 locations across 6 continents that ran to raise an incredible AUD$10.22 million for Wings for Life, a non-profit foundation that funds research into finding a cure for spinal cord injury.

Our Running Rainbirds included Neil, Emily, Pamela, Nicole P, John, Tanya, and Nicole T. The team proved on the night that the elements shouldn’t get in the way of living life and having fun, with the team finishing 865th out of the 2343 teams racing around the world. Nicole P, Emily and Neil all were in the top 10 for their categories with racing in Melbourne.

They certainly showed that nothing makes them feel more alive than the freedom to explore, experience and challenge themselves.

You can watch the Melbourne event highlights here.

For more information on the Wings for Life World Run visit www.wingsforlifeworldrun.com.

.
CJ runs in the Mother's Day Classic
We use cookies to ensure that we give you the best experience on our website. If you continue to use this site we will assume that you are happy with it.OkCookie policy